As we approach the final quarter of yet another legislative biennium, the residents of Vermont are once again left wondering what manner of horrendous legislation will get pushed through its respective chamber of origin. Gun rights groups will be keeping a close eye on a few different bills, specifically the abomination known as H.610, which was crafted by special interest groups and currently sits in House Judiciary awaiting a vote.

As if the content of this monstrosity wasn’t bad enough, the way this bill has been crafted and pushed has not only soured sportsmen and gun rights advocates, but also has shaken the faith of some lawmakers as well. Currently on its eighth version, with no votes from the committee members, this bill levels a dangerous policy of mandatory gun confiscation aimed at persons who have not been convicted or even charged with a crime. H.610 would not only allow, but mandate gun confiscation based on potentially false accusations and does so ex-parte (without the defendant’s knowledge). 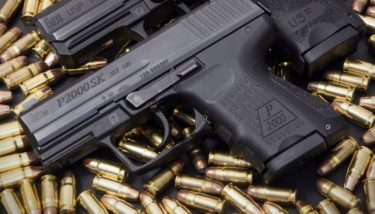 Eric Davis: “This bill levels a dangerous policy of mandatory gun confiscation aimed at persons who have not been convicted or even charged with a crime. H.610 would not only allow, but mandate gun confiscation based on potentially false accusations and does so ex-parte.”

Furthermore, H.610 has wording which would create felons out of innocent bystanders and family members who might incidentally be present during one of these no-knock raids in which police confiscate private property without warning. Law enforcement, the judiciary, and civil rights groups alike have raised the question of why this blanket policy of force is needed when the court system in Vermont already has the discretion to remove firearms in cases where it believes there is a reasonable cause to do so. While other states are currently taking measures to shore up constitutional protections, Vermont seeks to create a detour around due process specifically for the purpose of gun confiscation, in which they might not be bothered by things like individual rights or the laws that protect them.

Despite all of this, proponents of this legislation are still billing it as a “mild reform” with which gun owners should not be concerned. Disingenuously labeled as a “domestic violence” bill, H.610 has everything to do with the taking of guns and completely fails to address the underlying issue of domestic violence. Section 1, which closes the so-called “Charleston Loophole,” makes no mention of domestic violence at all and seeks to deny gun purchases to everyday citizens in an attempt to correct a problem which exists only in theory. Once considered a safe bet by its authors, H.610 has been plagued not only by problems with its content but also the manner with which the bill has made it to its current form, being modified after hours by special interest groups, with the blessing of House Judiciary Committee Chair Maxine Grad and ranking member Rep. Martin Lalonde. When the news broke last month that the committee was, in fact, relying on special interest anti-gun groups to write the bill, and basically acting as copy editors for this mess, Grad dismissed public concerns off hand, stating, “this is the way things get done here.”

As backlash grew and tensions rose at the public hearing, Vermont’s progressive media outlets once again fell lockstep in line with the authoritarian agenda and have begun publishing the usual propaganda about so-called common sense gun safety measures in an effort to help our overlords buffalo the public into more useless gun control for the sake of gun control. Despite their best efforts, the fact is that anyone who has actually read this bill and is not in the pocket of either the special interest groups or the anti-gun media companies who are pushing it, would surely oppose such a nightmarish dystopian policy where residents have no rights and might be raided by government thugs at any time without any legal protections whatsoever.

Any proposal that mandates the use of force without due process should be slapped down by the full force of both constitutions, and if the process works as designed, H.610 should meet that end. Furthermore, any law that proposes to assume guilt over innocence and attempts to place the burden of proof on the individual, should not only be tossed on the scrap heap of failed legislation, but should forever be spit on and ridiculed each and every time it comes up. These ideas that single out and punish a specific group of people by stripping them of their rights under the assumption that they might do something wrong have no place in a free society. The supreme law of our Republic — the Constitution — guarantees it, and Montpelier would do well to remember that.