This organization shall be known as:
THE GUN OWNERS OF VERMONT

A. Any person eighteen (18) years of age or over, who is desirous of aiding in the objects of the work of this organization may present his/her name with the proper membership fee to a member of the organization and in return shall receive a membership.

C. Junior Members shall be allowed a voice but shall not vote on the business of the organization.

D. Membership Period – The period of membership for any individual shall commence upon the date that his/her dues are paid and shall expire at the end of the same month of the following year.

A. The officers of this organization shall be a President, Vice President, Secretary(ies), Treasurer and Directors, who, acting together shall constitute the Executive Committee. They shall be elected by a majority vote of the members in good standing and present at the Annual Meeting of the organization. All officers shall hold office for one year or until their Successors are elected.

B. The Directors of the organization shall consist of fifteen (15) members and shall include the Officers. The Directors shall be elected or reelected for a period of one year.

C. The preceding President shall automatically become a Director for one year.

E. Attendance records of the Directors and Officers will be kept for regular and special meetings of The organization. It is the primary responsibility of each Director and/or Officer to attend all Meetings and those records will be presented at the end of the year to the nominating committee.

G. All members of the Executive Committee shall be eighteen (18) years of age or over.

ARTICLE VI: DUTIES OF THE OFFICERS

C. The Secretary shall have custody of the corporate seal and of the corporate records and shall keep such records within the State of Vermont. He/she shall procure and file with the proper authorities all reports, records and papers required by law, and shall keep copies of such records, reports and papers on file at all times. The secretary shall have custody of the all records and correspondence of the organization, except treasury records of the current fiscal period, and shall keep such records in the State of Vermont. Such records shall be kept in books and files of a permanent nature and shall be open for inspection by other members by prior arrangement with the Secretary. The Secretary shall record the proceedings of all meeting of the membership and all meeting of the Executive Committee.

D. The Treasurer shall have custody of the monies and the negotiable assets of the Organization and shall pay all debts of the organization by check within the limits of such assets with the approval of the membership and the Executive Committee. The Treasurer shall prepare, annually, at the close of the fiscal year, a complete financial statement. This financial statement shall be presented to the membership at the annual meeting and filed with the Secretary.

The Treasurer shall issue a receipt to committee chairmen and any person for any and all money turned over to him/her. All financial records of the organization shall be kept in books and files of a permanent nature and shall be open to inspection by other members by prior arrangement with the Treasurer.

All monetary income received by the organization shall be turned over to the Treasurer who shall record the same in the permanent financial records.

E. The President, Treasurer and Secretary, acting jointly shall have the authority to borrow money for the organization, subject to the prior approval of the membership at any regular or special meeting warned for that purpose stating the date, place time and purpose of that meeting.

F. Expenditures not to exceed $100.00 for any one time or project may be made by a majority vote of the Executive Committee. The Treasurer is authorized to pay those month-to-month expenses such as heating fuel, electricity, loans, as they occur so that the club will not have to pay additional charges for late payments. Sale of any assets of the organization must have prior approval of the membership by majority vote at any regular or special meeting. If such sale involves assets exceeding $500.00 in value, the membership must be given written notice at least five (5) days in advance, stating the date, place time and purpose of the meeting at which such sale is to be voted upon. Any money taken from natural resources of the club land shall be put into a separate fund in a savings account to be used for the upkeep of buildings, and to pay taxes and insurance after all other means have been exhausted.

A. The annual meeting of the members shall be held during the month of September of each year for the purpose of electing officers and directors of the organization and for the transaction of such other business as may lawfully come before such meeting. Notice of such meeting shall be given to each member of record as of August 31st of that year, by sending to his/her address appearing on said books, at least fourteen (14) days prior to such meeting.

B. Special meetings of the members may be called by the President, Vice President or Executive Committee and notice thereof shall be given at least five (5) days prior to the meeting, and such notice shall state the date, place, time and purpose for which such meetings are called. No other business shall be transacted at such meetings other than for which it was called.

C. The fiscal year of this organization shall be the twelve (12) month period beginning September 1 and ending on August 31 of each year.

These By-Laws may be amended by a two-thirds majority vote of the membership present at any regular or special meeting, provided written notice of such proposed amendment has been given to the membership by first class mail at least five (5) days prior to such meeting.

All members upon joining this organization shall agree to obey the By-Laws and to promote and carry out the objects of the organization.

A. In the event of the dissolution of this organization, the assets thereof shall be donated to pro gun organizations to be determined by the membership at that time.

B. In no event shall any asset of this organization revert to the private ownership of any office or member of this organization without compensation received, equal to the fair market value at the time of transfer, except articles of property which may have been donated by said officer or member. 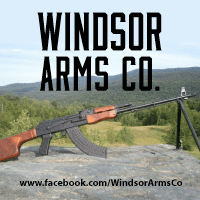 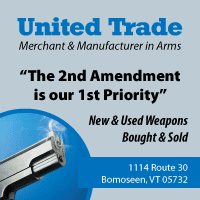 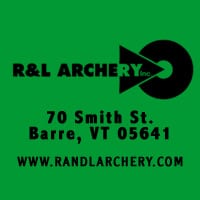